Creating Apache Kafka Topics Dynamically As Part of a DataFlow

Creating Apache Kafka Topics Dynamically As Part of a DataFlow

Sometimes when you are ingesting data at scale, whether it is from a Data Warehouse, Logs, REST API, IoT, Social Media or other sources, you may need to create new Apache Kafka topics depending on the type, variations, newness, schema, schema version or other changes.

Instead of having to manually create an Apache Kafka topic with Cloudera Streams Messaging Manager or Apache Kafka command line kafka-topics.sh --create --bootstrap-server localhost:9092 --replication-factor 1 --partitions 1 --topic test), I would like to create it mid-stream based on names that are relevant to arriving data.   So this could be the name of the schema from the data, the table name of the origin date, some unique name generated with the data or another source.   For my example, I am generating a unique name via Apache NiFi Expression Language:

This is a Proof of Concept, there are more features I would add if I wanted this for production use cases such as adding fields for Number Of Partitions and Number of Replicas. 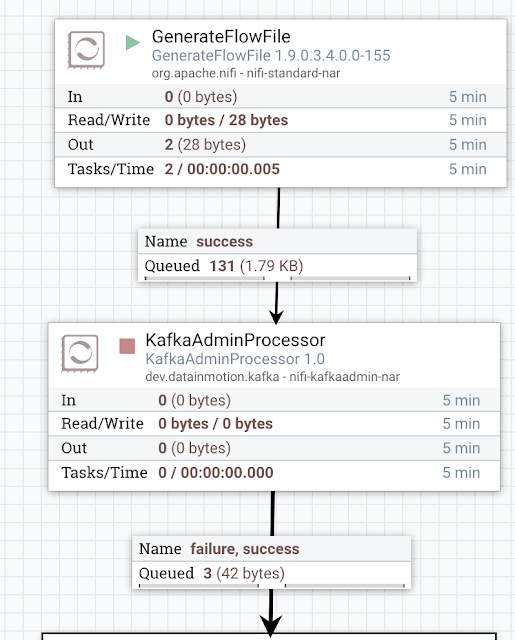 The processor is very easy to use, you merely enter your Kafka Broker URL, such as demo.hortonworks.com:6667.   And then the name of your Kafka topic.   The processor will validate to make sure you have a valid name which should be Alphanumeric with only the addition of periods, dashes and underscores.  It will run quickly and when completed, you can check out the results.  Your flowfile will be unchanged, but you will get new attributes as seen below. 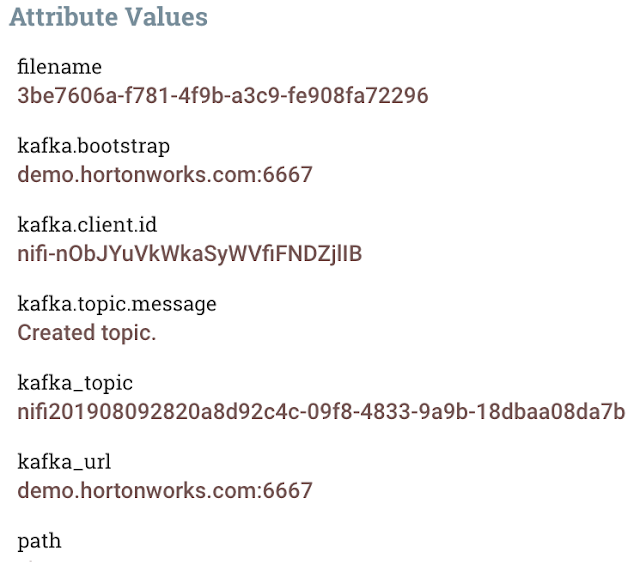 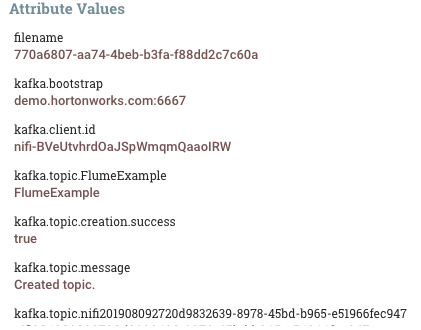 You will get kafka.bootstrap (your Broker URL), kafka.client.id (a generate one time use client id), kafka.topic.<TOPIC_NAME> - with one for each Kafka topic that exists, kafka.topic.creation.success - a status of flag, kafka.topic.message - a message, kafka.topic.YourNewNamed one. 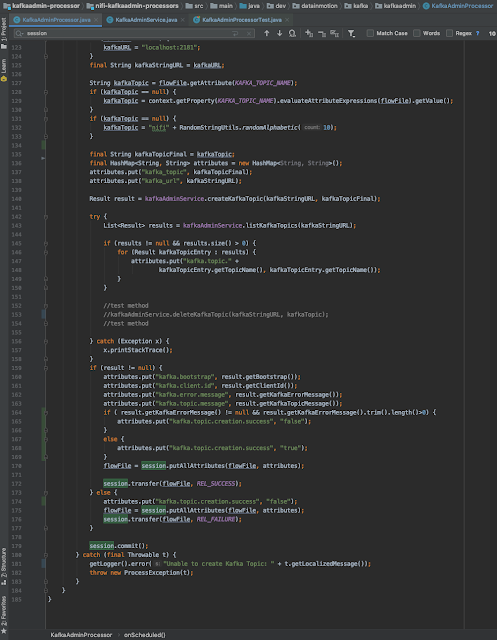 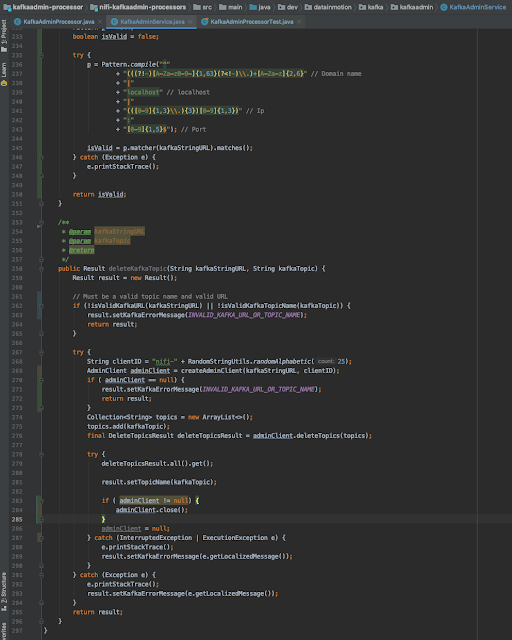 In IntelliJ I quickly developed this program using the Apache Kafka Admin API and some JUnit tests.

For a production use case I would probably just use the Cloudera SMM REST API to create topics. 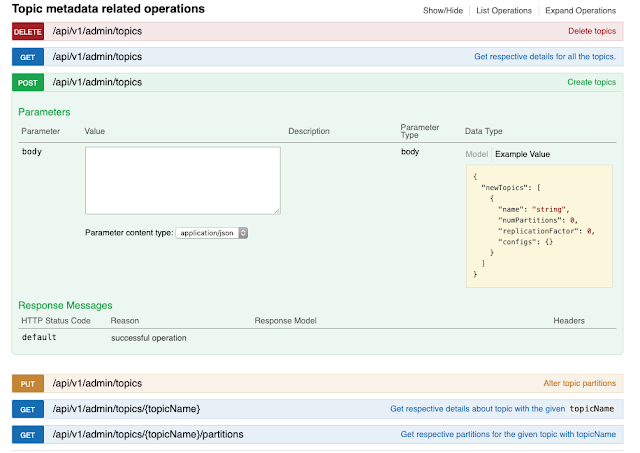 It is trivial to call a REST API from Apache NiFi so I can use an Apache NiFi flow to orchestrate an entire Kafka lifecycle with management and monitoring for real-time interaction.

Merge Records And Store As AVRO or ORC
Consume Kafka, Update Records via Machine Learning Models In CDSW And Store to Kudu

A huge feature is the addition of Parameters!   And you can use these to pass parameters to Apache NiFi Stateless!

A few lesser Processors have been moved from the main download, see here for migration hints:
https://cwiki.apache.org/confluence/display/NIFI/Migration+Guidance

By Timothy Spann (PaasDev) April 12, 2019
Ingesting Drone Data From DJII Ryze Tello Drones Part 1 - Setup and Practice In Part 1, we will setup our drone, our communication environment, capture the data and do initial analysis. We will eventually grab live video stream for object detection, real-time flight control and real-time data ingest of photos, videos and sensor readings. We will have Apache NiFi react to live situations facing the drone and have it issue flight commands via UDP. In this initial section, we will control the drone with Python which can be triggered by NiFi. Apache NiFi will ingest log data that is stored as CSV files on a NiFi node connected to the drone's WiFi. This will eventually move to a dedicated embedded device running MiniFi. This is a small personal drone with less than 13 minutes of flight time per battery. This is not a commercial drone, but gives you an idea of the what you can do with drones. Drone Live Communications for Sensor Readings and Drone Control You must connect to the drone…
Read more